Oceans apart, the bloke from Momo joined speakers from across the world virtually convening on the Isle of Wight to share his perspective on how the oceans can connect us to creativity – and to facing crisis.

The platform for good ideas worth sharing may be globally well established, but the Covid pandemic encouraged TED to try some new formats for its well-understood independently organised shows. And so founder of TEDx Cowes, Leonardo Zangrando decided in the event’s second year to put his speakers where his mouth is – keeping them right where they were, around the world.

“We believe we can avoid the environmental cost of 50 to 100 people travelling to the event, while retaining the same positive impact by sharing actions worth taking to hundreds of thousands people” he says.

It is a move of solidarity with the oceans, which ties all of this year’s talks together.

And Mr Peach was delighted to be asked to join the virtual roster. 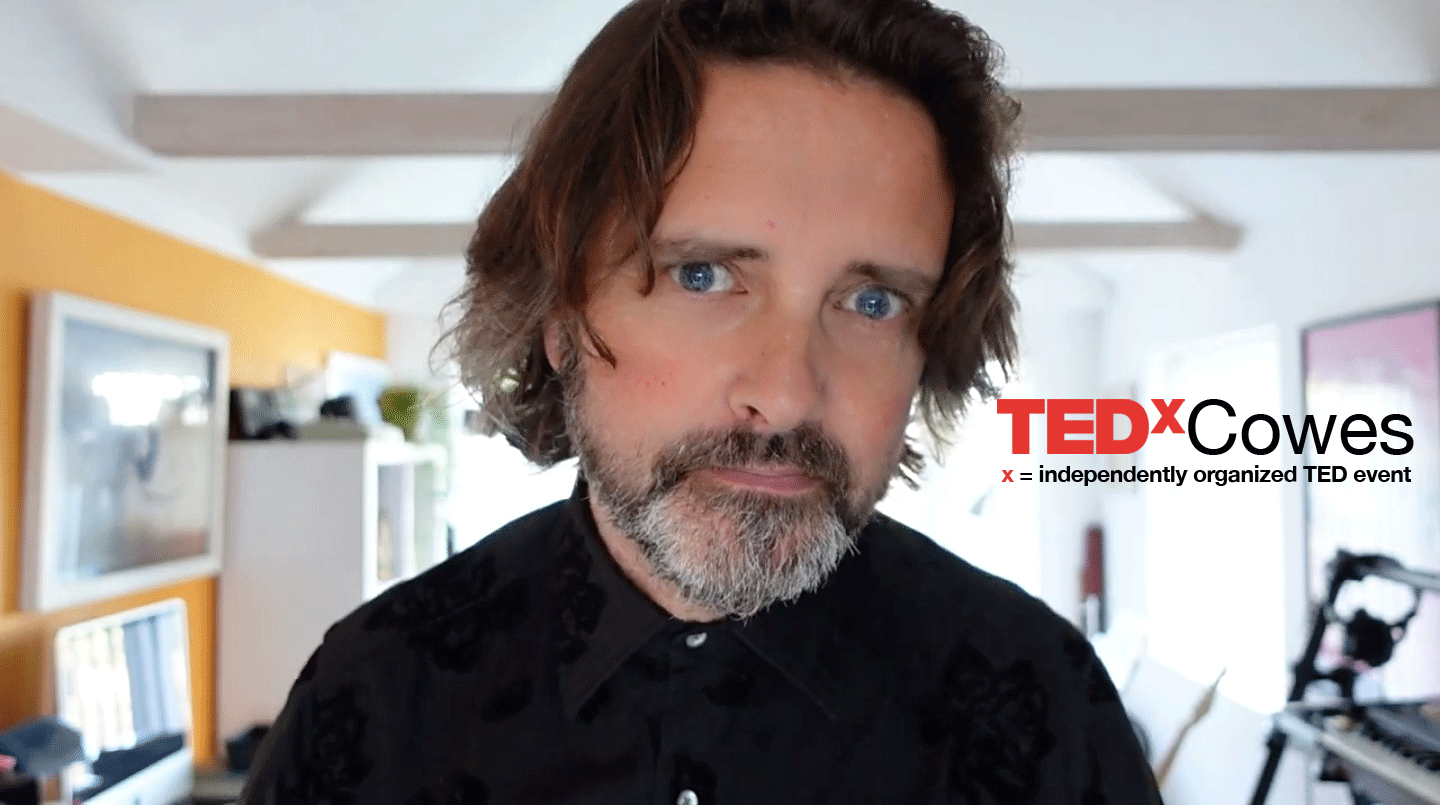 Momo is, of course, based around the bay in Bournemouth – but he has a sense of connection to Cowes.

“I have a big soft spot for the town and its incredibly rich maritime life” he says. “I’ve put in with crews a few times, joining dear mates there for rum and Isle of Wight Blue countless other times and I find the West Cowes promenade a place I could sit and watch a whole world of sea-going human life all day. I also increasingly feel an interest and energy in South Central as a region and the island is quietly emerging to me as a fascinating potential futures test bed.”

So it felt to him like a lovely fit to be asked by Leonardo to join this year’s line-up connected so the Solent.

The theme for the 2022 event is “One and the same” – which is really an invitation to use the human sense of connection with the oceans as a way to rediscover our connection with all nature.

“In my talk, I share a core personal perspective on this” says Timo. “I suggest something that I believe is a vital and mostly missing part of our response to global crises that connect us to nature – and I also ask up front just who we want to emulate as archetypes to inspire our often helpless-feeling place in the middle of it all.”

“I will miss a live stage” he adds. “I AM planning a Tropey-Rangey one-take walk and talk version of this for my own channels too – but Leonardo felt strongly about honouring our connection to nature by not burning lots of carbon to bring us all physically to the island this year. So I share my thoughts from the Momo studio, mere pottering distance from my daily view of the Isle of Wight where I live on the coast in Bournemouth.”

Discover all the speakers at this year’s  TEDx Cowes at: tedxcowes.com >