What do you want out of 2022? Whether you are a scientist or an artist, if another world is possible beyond the bleak projections, are there spells we can cast right now? Because I think so.

Photo by Hao Wen on Unsplash

Has waking up in another year in the singularity left you a little flat?

If an elderly aunt left you a little flat, say in Eastbourne, right now you might think of simply moving into it for a spell and staring at the sea for a few hours a day. Very nice idea.

But, as our third year of pandemic dawns, if you find yourself isolating anew with ennui or just thinking about how to re-align your energies with work, you can thank Covid and all the market challenges to your business for sparing you going to the Consumer Electronics Show this year – tempting as shopping for your next physical avatar might seem from the garage.

If you’re half a futurey thinker, you’ll know how CES likes to excitedly flatten everything into a sellable techverse to drain the life out of more culturally complex blood and leaf views of the world and make sure you’re still signed up to the techbro cult. Fight me. But this year, Nima Zeighami spares you having to turn up or even metamobilize yourself around the conference exhibition in Vegas by smash-cutting straight to a handy thread of “every ridiculous usage of metaverse” he’s already seen there himself.

Given that I have never attended CES, my expectations of it are set interestingly low. And you haven’t visited 2022 before, so how low are yours set for that?

Y’might wanna revise them up.

The Meta outside is frightening.

However Adam McKay’s Don’t look up made you feel, if you watched it, disaster on a collision course is a reality no one wants to wake up to. But the killer asteroid sledgehammer in our lived story together is no act of God. It’s a mental projection manifesting. And maybe it’s doing more sucking in than slamming in.

If you caught my little Momo Christmas lecture, Is Generation X about to discover what its name stands for, you might recall that I mention the idea that Ray Kurzweil’s exploration of The Singularity might be more of an era than a moment in a server. Namely, our era. It was Vernor Vinge, scifi author, who really coined the term, somewhere in light of something supposedly said by John von Neumann – but RK famously fleshed out the law of accelerating returns, in which Moore’s Law of computer processing power and various other modern societal factors combine into an apparent speeding up and speeding up of all technological progress.

A speeding up going somewhere very massively transitional to the idea of simply being human. 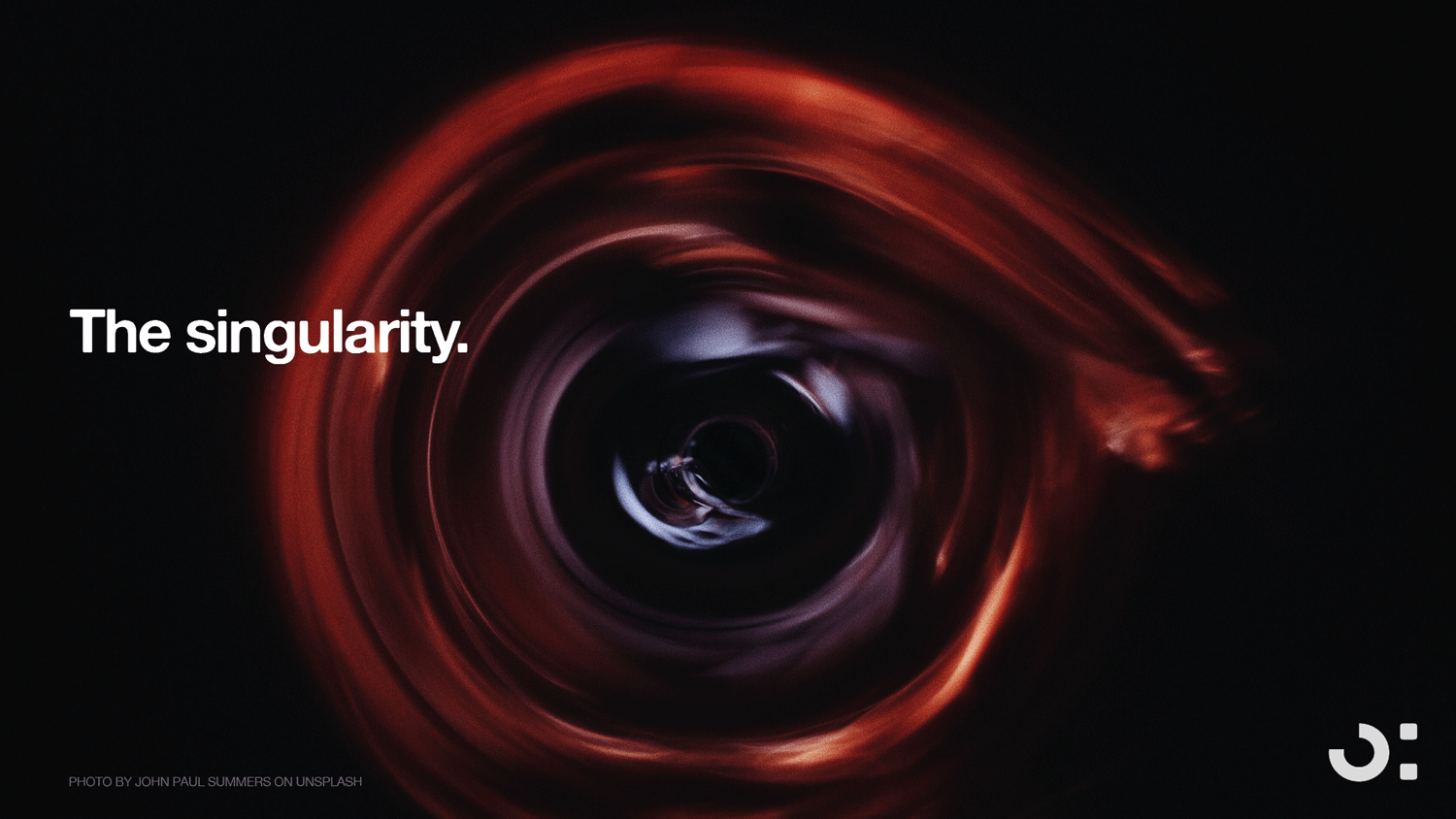 Interesting that Vinge and Kurzweil were writing such things at just about the same time Generation X was being written by Douglas Coupland because all this to me feels like some great imagination barrier to our hopes for the human future. Fueled as it all is by the great sucker punch of our prevailing economics. Don’t look up, at best feel lost and lose yourself in more of it.

Now, ordinary sensible people like you, but without your dazzling richness of futurism thought, don’t think about The Singularity, let’s not be academic and silly. But, just like a black hole, it’s sort of lurking there unseen somewhere in our collective nihilistic psyche, exerting queasying influence. Representing all that is too much to process for us – which is kinda Ray’s point, chimps – especially in an era of insurmountable seeming crisis. Crisis that we forget is ultimately cultural.

How DO we change this story we still think we are in? It preoccupies me.

While you’re saving money to buy a SpaceX ticket to experiencing your own Overview Effect, good news just in from the Coping With Now desk: Your expectations make a difference.

David Robson’s new book, The Expectation Effect suggests there’s a bit of science, or at least data gathered, to support the idea that humans can manifest what they look forward to. In his review of the book, Oliver Burkeman says: “Robson’s central point is that the expectation effect isn’t an amusing psychological quirk, but a fundamental aspect of our interactions with reality.”

“We defensive pessimists could do with remembering that sometimes things do actually turn out really well – especially if you expect them to.”

Call it placebo or cognitive behavioural self trickery, the way you see the world does seem to sort of come out. Even when the whole system is gamed against you. And those ways of seeing come from some personal blend of iris-level, skin-deep and way-deeper than that within us.

This obviously may seem like another bulletin from Conversations between people with no real problems. But even getting out of bed each day starts with the damn fool idea that you should have a go, and what would happen if you didn’t?

What might happen if you chose to look up? And see differently?

Catch up on Momo’s look at the whole idea of the metaverse, before we were all using the term.

The Singularity is an era. Or an opera.

While tech corporate giants are hoping to sell us a consumer escape into The Metaverse, the rather deeper glimmers of a nacent metamodernism might feel at first like a return to spells and dragons if you’re a rooted impirical modernist catching first whiffs of it. But without getting into what might be emerging from this new primeval cyclone, it is at least true that there are psychological practices that can do an awful lot to reshape the world around us as we all gawp at the literal tunnelling clouds.

Practices very practically worked with by artists every day.

Embodiment, testing, ways of seeing… it’s not wizardry in a dark ages sense. It’s the everyday human magic of manifesting things into the universe. Creativity. When we can be arsed.

Maybe The Expectation Effect is another useful narrative trick for reconsidering the story you think you’re in this year, and if you do you want to change that story? I would say: Think. Like. An. Artist. And think of the world you want to project.

And maybe that’s a way I can help. 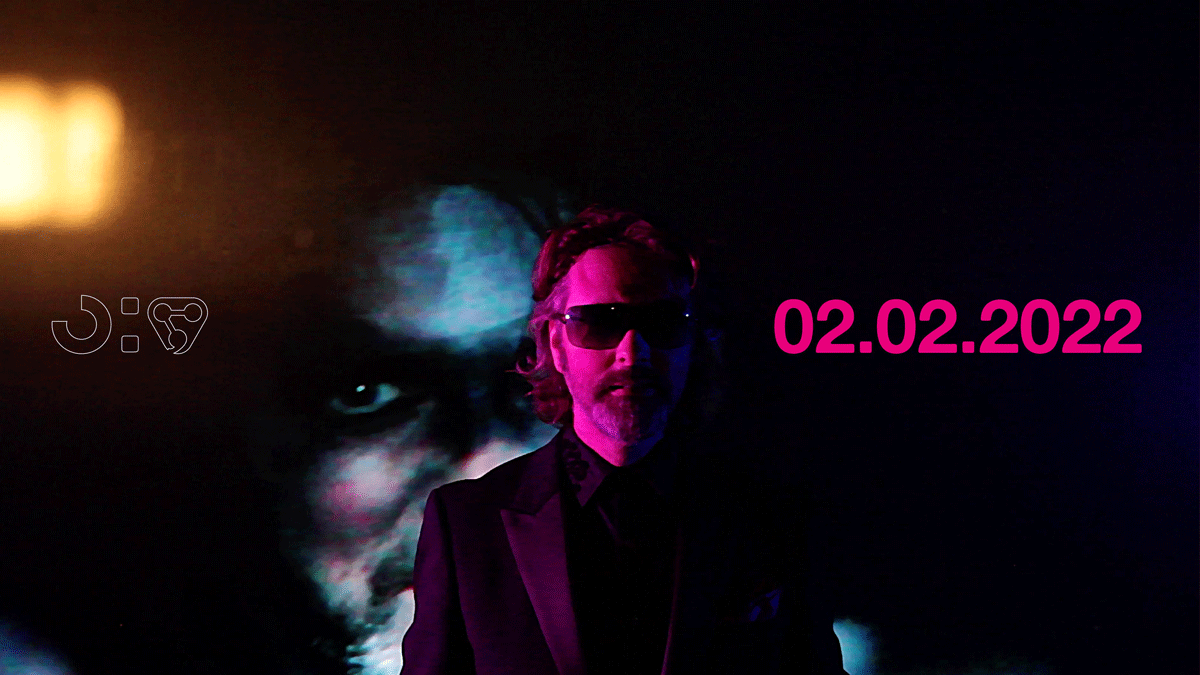 Whether you are a technical specialist or a creative, starting next month, each Friday morning you can dip into a new chapter from my forthcoming book – Unsee The Future: Think like an artist and change the world. I’ll be explaining what this practically might mean for different roles in an era of crisis – a historic period we’re all trying to live and work through which, I believe, needs such thinking more than it needs anything else.

Plus, in a forthcoming new podcast series in tandem with it I’ll be sharing more about just how possible different worlds are in the teeth of our slowly collapsing expectations. I’ll be meeting solarpunks, artists and changemakers already re-imagining the stories we think we’re in.

Manifest what you want to see in the world. I hope to make it my new lodestar. Become a Momo:amigo and subscribe to follow my explorations of ideas, people and music – and together let’s learn how to encourage the more hopeful human tomorrow.

BECOME A MOMO AMIGO – sign up for the regular Unsee The Future mailers:

The seven rules of The Metaverse >

Take a look at Tony Parisi’s handy overview of what we’re really talking about.